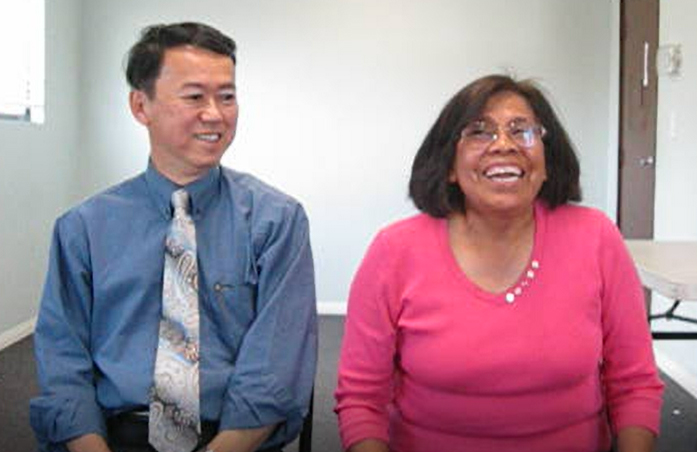 (due to technical difficulties, not all her testimony was videotaped)

Elsa’s family worked closely with the three missionaries to Nicaragua, and Elsa joined at 14 years old. She moved into the center along with her sister. Twelve years later she was to go to the Matching and Blessing in Korea in 1989. She had quite a challenge getting to Korea, first travelling to Mexico, then to New York, and back to Mexico to get the visa. Finally she made it to Korea but had to sit way in the back of the McCol factory. Finally Father asked who wanted an Asian spouse and she rushed to the front. She wanted a Japanese brother, not Korean as that would be too much. But then she realized Asian could be Pilipino, Thai, Chinese, Korean and others. When all the other sisters were matched four or five Japanese brothers  just came in. Father beckoned to Elsa, looked her and a brother , back and forth, then finally pushed Elsa into the brother. When Elsa looked at him she thought, he’s just a boy! But then she thought but he is Japanese. She was grateful when he didn’t have much to discuss, unlike her friend, a Venezuelan sister who talked a long time with her potential spouse. Osamu and Elsa then went before True Parents and bowed.