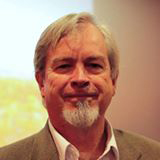 Going from 5 years of MFT to an IOWC team was an abrupt transition. There were several things to get used to.

First, fundraising (unless you were at a flower stand) involved a lot of physical activity. You were walking or running wherever you went, for hours every day. Even going to a workshop, where you were expected to sit and listen to lectures for six plus hours a day, was hard. You could always tell the MFTers, they were in the back of the room pacing up and down as they took notes. Couldn’t sit for that long. Just couldn’t do it.

Next, approaching somebody, or even just going somewhere without a box under my arm took some getting used to. As did going into a shop to buy something.

It took months before I felt normal walking into a Sears or Kmart. We always avoided the front door when we were fundraising the parking lot. And no longer did we have to hide from guys in white shirts – the managers. But I still felt the urge to duck when I saw one