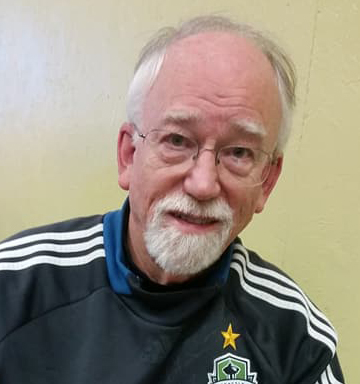 The first major holiday was quite different for me. Jan 1st, 1977. I was in Miami, Florida with Larry Ross, learning to do the ginseng business. The church center there had only three members: an 1800 couple (Mr and Mrs Midorikawa), we rarely saw, as they were preparing to return to Japan. The wife spent most of the time in the prayer room, crying and praying while the husband was someplace in the city hanging out with his Japanese contacts in the city. Barry Felig was the only member, basically on his own to fund-raise for his living expenses. He spent the rest of the time studying.

After morning pledge service, joined by Jim Garland and Jeff Moore from the Tampa Center, Larry, Jim, Jeff, and I went to a local putt-putt golf course. While we were playing, someone shanked a ball from the actual driving range nearby and it clobbered me in the back of the head. Fortunately, it was traveling at an angle and the ball was not damaged.

After that, the four of us spent some time at the video game arcade. After lunch we took Mrs. Midorikawa to the Japanese Gardens and then we all five went to the $1 double-feature at the Cameo Theater to watch the movie “Midway.” Afterward, Mrs. Midorikawa said she was struggling with her ancestors throughout the film due to the portrayal of the Japanese in the battle scenes.

I noted in my journal that evening, “I could feel Heavenly Father’s heart during the movie – especially in the scene of the father and son aboard the aircraft carrier and the son comes back all shot up but alive. I could really feel how much God must be hurt by war but how much God must be moved by the righteous people sacrificing for what they know is right. We’re all grateful we know the day of no more war is coming soon. Thank you Heavenly Father.”

Looking back now, perhaps this is like when Jesus said he would return soon.

I called my family in Seattle that evening and noted in my journal how badly I felt because my mother always had such a forced attitude toward me – closed off but tolerating me and my decision to be involved in the Unification Movement. My prayer was that she could open her heart more to understand Divine Principle. Later I watched the Orange Bowl on TV and wrote a letter home. I closed the journal entry by noting “It was a day of childlike happiness – just enjoying basically simple things.”