Teacher, looking for room with garden 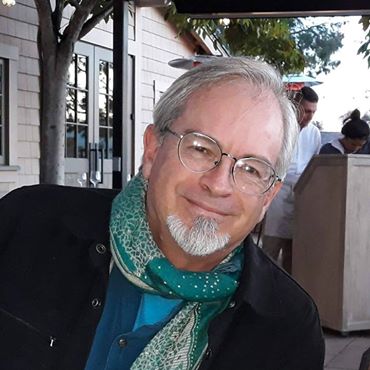 Did you ever have an experience like this? Where you could only do one thing, but somehow it was enough?

Six years ago, when my blessing broke up and we lost our house, I had to find a room to stay in. A blessed couple who lived in the same town offered me a room for three months, and I gratefully accepted.

Needless to say, it was not an easy time. I felt destroyed emotionally and spiritually, and it was hard to do the basics of life: wake up, shower, eat, go to work, teach my students, don’t break down in front of them, finish, eat, go back to my room, try to sleep, try to go back to sleep. Repeat.

As the time approached when their son would be coming back, I needed to find another place to stay. There was no one else nearby, so I looked on Craigslist for rooms for rent. I found a few, and wrote down the numbers.

I called a minister friend, I was not so connected to our church community at that time. She suggested I send emails or texts. “I can’t even get out of my bed!” I told her. “I don’t know what to do.”

“Well, how about posting an ad that you’re looking for a place, and saying what kind of place you want?” she said.

So I thought a little and wrote an ad that said “Teacher, looking for room with garden, can pay between 500 and 600.” and a few other things I don’t quite remember.

I posted it and waited, counting the days before I’d have to move out.

Three days later I got an email from a woman, saying “I saw your ad. I have a room for rent in my house, there is a community garden here and a swimming pool. Here is my number if you want to talk about it.”

I phoned her, visited her place. She was separated from her husband, the other man renting from her was separated from his wife and children, and there I was. But it was quiet, in between my work and where my children lived, and we agreed on a rent that was affordable for me, even though it was way below the market rate.

I soon found out why. There was a ‘folding door’ (think accordion) between the kitchen and the sunroom that was now my room . My first morning I awoke suddenly, thinking someone was standing next to me beating eggs. It was Charles, in the kitchen. It only sounded like it was right next to me. The ‘door’ might as well have been tissue paper.

But aside from that, I woke up with the sound of birds singing and squirrels hopping on the roof, there was a swimming pool I could use anytime, a garden where I could grow tomatoes, and even a little golf course.

That place was the refuge I needed for the next few years, where I could begin to put myself back together again. I put a piece of paper under my alarm clock so I would see it every morning when I turned my alarm off. On it I wrote “Live.” I needed the reminder.

How did I find this refuge? When I was lying there, needing to move house but unable to move my body, I did the only thing I could – posting that little ad – and asked for God’s help.

To me, such things reminded me that there was a Being looking out for me, ready to help me as long as I did as much as I could, even when it was as insignificant as a “room wanted” ad. It was one of the darkest times of my life, and having this refuge made a huge difference in being able to go on, to heal and ultimately come back.

To come all the way back. I now live with my two youngest children, and my oldest calls me to talk. My family has reassembled itself, not perfectly, but in the way that we are able to . And I expect it will get better yet.

Did you ever have an experience like this? Where you could only do one thing, but somehow it was enough?