When you can’t fundraise, not today 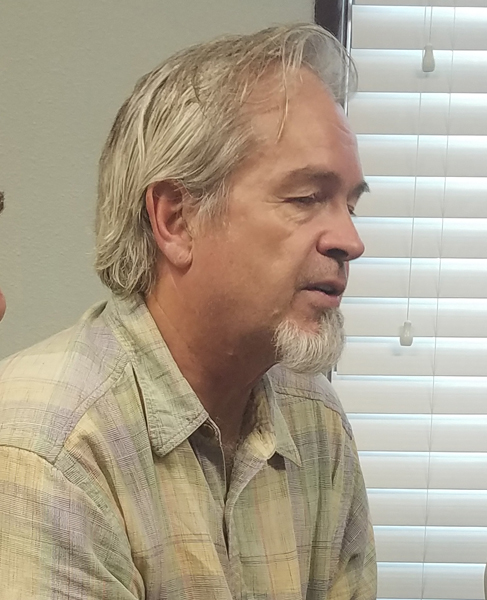 There are some things I am not proud of. What I now know about myself – I am an introvert, I need to talk things over with someone, need nature and quiet to recharge – I only sensed back then. Being around people was hard for me, it wears me out. I need silence and nature to recharge. Working with a ‘shut up and fundraise’ leader made it harder, and many members thought it was strange and unholy to want to be by myself.

This made fundraising every day pretty hard, and our region didn’t believe in taking days off. So unless I was on a team where I could talk to my captain or team mother when things weren’t going well, there were days when I knew as I was being dropped off that I wasn’t going to be fundraising that day. At first I couldn’t say anything about it (how could I admit I didn’t want to do God’s will?).

Two things generally happened – one, I would find an empty lot, a creek, or some woods where paths led in. Every small town has these places, where teenagers go to be away from adult eyes. You’d find remnants of campfires, discarded beer bottles, and cigarette packages. I’d find a comfortable spot, lie down and sleep for several hours.

The other thing I would do is find the local library. I never asked for directions. If I started walking, my feet would lead me to the library, where I could put my box down, pick up a magazine or a book and sit and read, absorbing the silence. Many times I couldn’t bring myself to leave until the place shut down for the night. This being before cell phones, and my captain would be driving around wondering where I was.

Usually I made the last pickup of the day. It was never easy coming back into the van, trying to explain what I had been doing. It never amounted to much, but I felt very guilty about it.

After a time, I worked it out with my captains that it was better to say I wasn’t going to fundraise than to go through the pretense, then waste their time looking for me. I could tell them I needed to talk.

But when I was transferred to Chicago region, it was another story. Mr Tate, a Japanese man with military bearing, ran the place and it felt like everyone was afraid of him. My team captain was nice enough, JP Boudreau, a fellow Quebecer, but I didn’t know anybody and there was a lot of pressure for result. Now, one thing I had learned about myself in Tennessee was that getting pumped up didn’t work for me. The “big weekend, everybody break their record” hype made my result worse, and the more hand-cracking, gung-ho yelling and singing, raising of expectations went on, the less energy I actually had.

In Chicago, by tradition we woke up an hour early on Friday (the day we were going to be up till 3 am) to “beat the traffic” into the city. And the hyping was mostly external. So one Friday, when I was dropped off at 8 am to run around with a bucket of carnations, I knew it wasn’t happening.

I wandered over to the bus station, with everyone looking at me. In those days, walking around with a bucket of flowers meant “Moonie”. And we were rumored to be zombies. I wasn’t into being stared at, so I put the flowers in a locker, went to the library.

Around closing time I began to wander, looking for a place to sleep. Just couldn’t go back. I wandered near the river to an industrial area. There were loading docks, parking lots, weed lots. I found a likely spot with a box, but when I opened a flap there was a guy already in it. I apologized and moved on. It’s not a comfortable feeling, being in a city you don’t know and looking for a safe place to sleep.

After looking around and around, I found a narrow space between two buildings. I waited until I was sure no one was around before going in. You do not want anyone watching you go into your area, you could be followed. The space itself was weedy and rocky, but there was a space by the river at the end.

I slept in bits, waking up every time I moved. When the sun came up, gray and dim, I stretched my stiff legs, made sure no one was around, and walked quickly out. My back and neck were pretty sore from sleeping on planks, but I had rested some.

I walked around the gritty streets, among the Chicagoans on their rush to work. Found a sidestreet cafe with a 99cent special, four eggs toast and coffee. For two days I made do on 99 cent breakfasts, sat in the library all day, and went back to the tree over the river at night.

On the third day, I walked to the corner where I knew the captain parked to make his pickups. He was there. He did a double take when I walked up and waved to him. “Big Sam!! I was worried about you. You’re ok?” Yes, I told him what I had been doing. Others on the team said nothing. One sister said “I was so worried about you, I thought maybe you died on the street.”

It was a weird feeling returning to the center, facing all the brothers and sisters that I didn’t really know. Everyone had butterflies and struggles to go out, nobody liked fundraising (except one sister in Tennessee who loved competition and a couple of brothers who loved hustling) and they all did this day after day. Why couldn’t I?

Mr Tate just looked at me sourly and said “Did you have nice vacation?” I said “No” which was true. I didn’t enjoy it very much at all. That was all he said. Nobody else seemed to want to know why I did it or what was going on. Tomorrow was another fundraising day and there was morning service, reports to be given, result to be counted, plans to be made. Sleeping bags on the floor. Clothes ready to be jumped into. 20 minutes, up and out. Nobody to talk to. I rolled out my sleeping bag. In the morning we went out again.

Years later I heard that Mr Tate would sometimes call up his old team captains up in the middle of the night to apologize for how he treated his MFT members.

It’s funny, my daughter went on NGA and she had days when she couldn’t fundraise, just like I did. Only now she could call me up from Wyoming or Colorado to talk, and she had no qualms about taking a day off. Guess our more or less permanent ’emergency time period’ somehow finished. When? Must have missed it