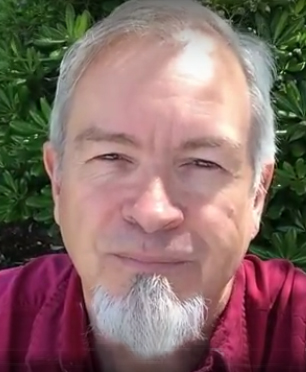 Some dreams don’t come true, some nightmares get worked out and never return. This is a story of how that worked in our blessing.

Part I
When our first child was born, it was a big moment. I had dreamed of it, prayed for it and it had taken about ten years longer than I thought it would. But finally, there we were.

We prepared by doing Lamaze classes. The good thing about Lamaze is that the breathing exercises give you something to do while you’re waiting.

But sitting there in a room full of expectant parents, clutching each other’s hands and earnestly chanting ‘hee – hee – hee- hoo’, we were trying hard not to laugh out loud.

But there was a moment, when the instructor showed us a model of the birth canal, where the baby has to make a tight u-turn under the pubic bone, I suddenly flashed on a repeating nightmare I’ve had since I was little.

I’m in a tunnel, and it goes straight down, then bends tightly up. I have to go through it, and I am jammed in very tightly. If I try to go forward I am going to get stuck. I can’t stay, but I it’s an inch by inch strain to make it through. I can’t move.

When I saw the model of the birth canal, I knew exactly where my nightmare came from.

Brandon arrived two weeks early. He’s been in a rush ever since.

Towards the end of delivery, when the baby is moving around that bend, pushing and stretching impossibly, I got to see my wife’s “triple crazy dragon face”. Where she had to dig deeper than she’d ever dug before, the supreme effort to make this baby come out.

I had dreamed of a chubby, pink baby. What came out was a pissed-off blue alien. Wet all over, the wrong color and with half his head flattened into a point that just shouldn’t be there. But he had a little tremolo in his cry. He sings like that now.

I haven’t had the stuck-in-the-tunnel nightmare again.

There was another nightmare I used to have, a lot. It’s a sticky August night, the air is not moving at all. I’m in a group of muttering, shuffling people. There’s a tension crackling in the air like something terrible is about to happen. The hair on my neck stands up. Suddenly, a huge rocket erupts in the middle of us.

Or I hear footsteps in the dark and I’m paralyzed, as if the sounds are echoing inside of me. I’m suddenly disconnected from my body and I can’t get back.

The real challenge came after we took Brandon home. Ever since I was small, I’d had a strong reaction to little, helpless crying creatures. Mama dolls, squealing puppies, babies. I used to feel an almost uncontrollable urge to pick them up and shake them, smack them, make them stop crying. It was so intense I often had to get out of the room fast.

In therapy, a moment came to me: I was in my crib in the dark, crying. My father comes rushing in, picks me up and shakes me. I feel his rage, like he could destroy me for crying.

Being aware of it didn’t stop it happening. A puppy stuck and crying out, and suddenly I’m filled with blind rage. Now here I am with the child I’ve been praying for, that I’ve waited years for and I’m afraid. I have something in me that could kill him, or hurt him badly. He’s going to cry. What baby doesn’t? How can I trust myself around him?

He falls asleep in his mother’s arms easily. But when I hold him he squirms and cries. I feel doomed. But I haven’t told Miyuki what’s going yet.

I remember Rev Sudo and Father telling us once we’re blessed, it’s a new life. We shouldn’t talk about our past.
But my past is right up in my face. This is dangerous. I have to tell her. And I don’t know how this is going to go.

I’m holding him one day, and he’s squirming and fussing, about to cry. I sit down in front of Miyuki on the blanket and say “There’s something I’ve got to tell you.” I take a deep breath and tell her what happened to me when I was little, and how afraid I am that that rage will come out and hurt our baby. That this ugly thing in me could destroy our family. She just listens.

And as I say, “I’m so afraid I’m going to hurt him,” he falls asleep in my arms for the first time.

For years after that, putting him to sleep was my favorite thing to do.

My son first began to trust me when I was being very real about what was going on with me. That hasn’t changed.

I’d like to say that I never struggled with that rage since. That’s not true. I wasn’t always successful, but I could deal with it when it came. My son’s arrival forced it out into the open. I could have run away, and she could have rejected me, but we both stayed. Just her listening to me, and bringing this ugly thing out in the sacred circle of our blessing, allowed healing to take place.

I haven’t had the exploding rocket nightmare since.

Do you have a story of healing in your blessing?