The Beginning: Working with New Future Photo in 1976 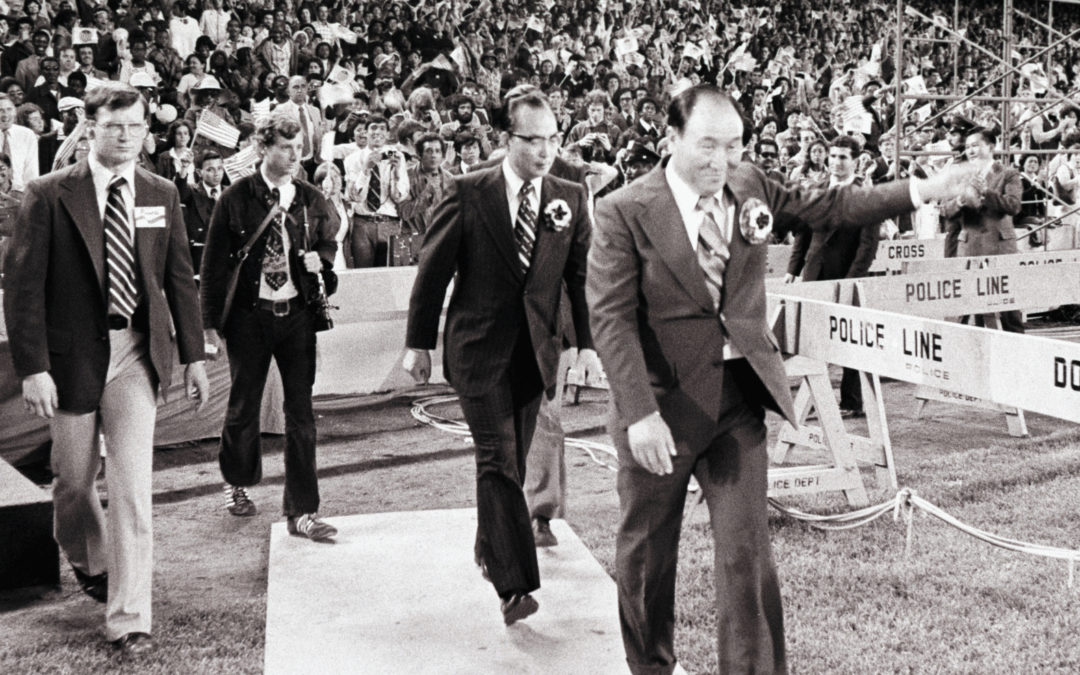 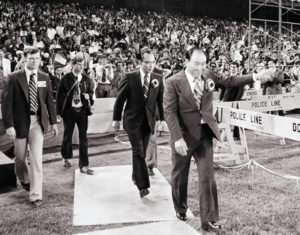 During the 1976 Yankee Stadium campaign, I was on a MFT team working the streets of New York. Since I had a camera, I asked to work with the church photographers for the event. I was given permission and went to Belvedere where New Future Photo was based. The staff welcomed me, and my Nikon camera and two lenses which they enjoyed. For the next week, I was able to help in my limited way.

When the event came at Yankee Stadium, the staff was deep inside the third base dugout, with all our equipment and planning of who would go where. My job was to stay with the department leader, Michael Brownlee, who would work around the stage area. I would load film into the magazines for the medium format camera he would use.

On the way to the dugout, we saw that members of the Go World Brass Band had put all their, now soaking wet, music sheets on the floor to dry out. When we got to the dugout, we found out that a thunderstorm had just appeared and everything was a mess.

The stadium was not full and, as we learned later, there was many problems happening inside and outside the stadium.
When it was time for True Father and Dr. Pak to come out of the first base dugout to go to the stage, I noticed that they had very serious expressions on their faces. President Neil Salonen was very worried at this time, and wanted to have a small meeting with True Parents security and Michael Brownlee. He decided to go ahead with the plan, and to have me walk behind True Father and Dr. Pak out to the stage. (As you can see in the photo, this did happen.)

During the speech, Michael and I worked around the stage, photographing the entire time. When True Father finished, we walked back with him to the dugout. We all had mixed emotions about the event afterwards, but we had done our best.
I stayed with New Future Photo for a couple of more weeks before re-joining MFT.

At Washington Monument, New Future Photo asked for my help again, and I was able to go with Ken Weber and a film crew to the Lincoln Memorial, where we were to set up on the roof of the building. Our main responsibility was to document the fireworks that would happen afterward.

But, when the event began, the Park Ranger told us to get down to the bottom level because all the Park Rangers were told to go help with the massive crowd.

Ken and I noticed some ministers at the bottom of the steps of the Lincoln Memorial protesting our event. I took a few photos and then waited for the fireworks. 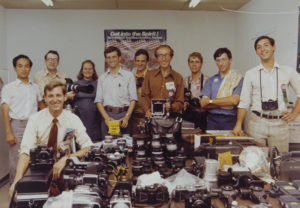 When the event was over, Ken and I went back and joined the rest of the staff. We went back to where we had set up our base and except for two photographers, Franz Zurafski and Robert Armstrong, who were photographing True Parents, we all took a group photo with all our equipment. (from left to right: Hitoshi Nagai, Robert Davis, me and my tie, Laurie Toker, Michael Brownlee, Bill Saunders, Ken Weber, Doug Wetzstein, David Hill and Howard Stavis.)

I went back to MFT the day afterwards and finally joined New Future Photo four years later in 1980, where I worked for over thirty years.